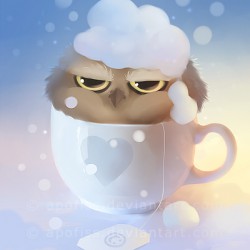 For most of 2013, the focus was clearly set on the sustainability of the U.S. economic recovery, the questionable strength of the Chinese economy and the when and how of Europe’s escape from its longest recession on record. It seems to us that many pundits forgot about the fascinating story unfolding in the country that still boasts the world’s third largest economy: Japan.

A lot is happening in the land of the rising sun. After living with nearly twenty years of economic stagnation, the Japanese people were convinced by Shinzo Abe to give him a second go as Prime Minister and let him put in place one of the most ambitious economic plans in modern history to finally get Japan out of its dormant, deflationary state. And you know what? So far, it is working quite well.

The Abe government, elected in September 2012 on a promise to revive growth once and for all and put an end to deflation, is currently implementing a plan made up of three “arrows”: an expansionary monetary policy, fiscal policy reform and other structural reforms mostly aimed at reviving Japan’s competitiveness through its labour market.

It all started with an expansion of the monetary base (much like the Fed’s QE policy in the U.S.) in order to devalue the Yen and stimulate the external sector. Through a combination of talking down the Yen and of currency market operations, the Bank of Japan has succeeded in devaluing the currency by as much as 25 per cent since the election, giving reason for hope and sending the Nikkei index up by 70 per cent in the same span.

For the moment, the plan seems to be stimulating the real economy. Real GDP has grown significantly in the year since then, fostered by the decrease in the Yen, which makes the Japanese economy more competitive on the export market. Inflation has picked up and is now sitting at 1.5 per cent (a feat in itself), inflationary expectations are starting to sink in and business confidence has picked up dramatically as the Tankan survey (which surveys more than 10,000 Japanese businesses of all sizes and sectors) shows an optimism not seen since before the global recession.

With the arrival of 2014 comes the hard part: the implementation of structural reforms. One of the most important pieces of the puzzle is no doubt the anticipated increase in sales tax, which the Abe administration intends to raise next April from to 8 per cent, up from 5 per cent, a level that would still be relatively low compared to other advanced economies.

This scenario is reminiscent of what was attempted during the Japanese economic recovery plan implemented at the end of the 1990s that ended with disastrous results, plunging the country into recession. This time, the Abe administration plans to integrate the tax increase into a broader plan that will incorporate a fiscal stimulus of 5-trillion Yen (about $50-billion, or 1 per cent of Japan’s GDP) made up in part of a reduction of the corporate tax rate (which is currently the second highest in the OECD after the United States), thereby putting nearly two-thirds of the money collected back into the economy in order to prevent this levy from hampering the recovery.

There are still more challenges ahead. The labour market is in dire need of far-reaching reforms, from raising the participation rate of women to pushing back the retirement age. There is also some concern among the population that the new-found inflation will erode their wealth if wages don’t follow suit. This has forced the administration to meet with business leaders to stress the importance of the role they have to play for the plan to be a success.

Much hope has been placed in the third “arrow” of the Abe plan, which has the potential to crystallize the impressive progress that has resulted from the first two phases. Japanese GDP has put up a good show in 2013 and exports have grown significantly, boosted by the weak Yen. Inflation has even made a comeback and is now at its highest level in five years, as are consumer and business confidence, buoyed by the clear political direction and the wealth effect from the stock market.

It is still too soon to pass judgment on the Abe plan’s success, but all signs are pointing in the right direction. The transition from a short-term recovery plan to long-term success is not easy and will depend on the effectiveness of the structural reforms made. So while the jury is still out on the long-term side, our thoughts on Japan are for now, so far, so good.